Dionysios is a Professor of Historical Stagecraft at the Guildhall School of Music & Drama in London and is currently completing his DPhil studies in Music at New College, University of Oxford, under the supervision of Professor Michael Burden. His studies are funded by the Onassis Foundation and the New College 1379 Society Old Members Scholarship. His performance studies are funded by the Hellenic College Trust and in 2015 he was elected as the Joan Conway Scholar.

He read music at City University London whilst receiving performance tuition at the Guildhall School of Music & Drama with Robert Dean. In 2012 he graduated at the top of his class with a first-class BMus (Hons) degree, and was awarded the Worshipful Company of Musicians Prize for his outstanding undergraduate final-year dissertation. In November 2012 he was profiled in The Independent as an example of a successful music graduate in the UK. He was awarded an MPhil in Music Studies from Clare College, University of Cambridge (2013-2014), and won the Robert Gould Shaw Fellowship for the Harvard University’s Theatre Collection at Houghton Library (January-March 2018).

His academic research is complemented with empirical experience gained from teaching, performing and stage directing. Throughout his studies he has received scholarships, grants and support from: the Panos4Life Society, the Life Action Trust, the Worshipful Company of Musicians, New College Oxford, the Onassis Foundation, the A. G. Leventis Foundation, the South Square Trust, Clare College Cambridge, Harvard University, the Joan Conway Fund, and the Hellenic College Trust. 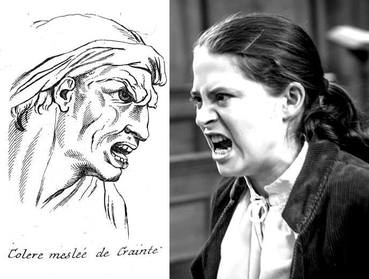 Left: a plate from Le Brun’s Méthode (1702) depicting the passion ‘anger mixed with fear’. Right: Jenny Ashworth portraying the same passion in a production of Pergolesi's Livietta e Tracollo directed by Dionysios in June 2014. Photo by Johannes Hjorth.
Opera is placed between two disciplines, music and theatre studies. However, it is most often approached from a musical perspective and therefore many intrinsically important extra-musical aspects have been left unexplored. There has been some progress made with recent scholarship that tries to connect the music of Baroque opera with its historical stagecraft, but is still too contained for results to be fully visible in opera productions today.

The music of seventeenth- and eighteenth-century operas embodied a rhetorical ethos and aesthetic that aimed to move the emotions of the listeners. Acting and gesture shared these rhetorical qualities, and commentaries of the time indicate that they had great potency, often surpassing that of the music itself.

Dionysios’ theoretical and empirical research aims to shed more light on the obscure art of gesture and create a practical working model for a historically-informed acting framework, specifically aimed at singers for the performance of Baroque opera. This framework, although inevitably modern, will share the principal aesthetic qualities and ethos of its historical counterpart, paving the way for future attempts at a practical revival of historical acting and gesture. 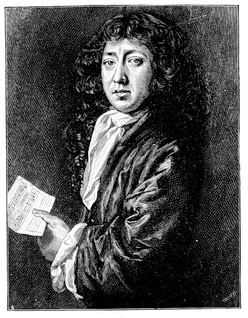 One of Dionysios’ research projects explores the musical life of the celebrated diarist Samuel Pepys (1633-1703). Music was important for Pepys, and he reflected this in his diary: ‘Music is the thing of the world that I love most, and all the pleasure almost that I can now take’. He sang and played several instruments, and he insisted that his wife, Elisabeth, take singing lessons and that she should learn to play the flageolet so they could play music together. Not long after Elisabeth’s death in 1669, Pepys started looking for someone with whom to share his musical passion. He hired the young lutenist and singer Cesare Morelli, who produced five music manuscripts for him, with compositions for voice and guitar. Morelli’s songs are written in the new style of the declamatory ayre, a genre that became popular in England in the seventeenth century. This is the English equivalent of the Italian ‘speech-song’ or recitar cantando, a type of accompanied recitation where the music closely follows the meaning of the words and whose main aim it to serve the text. In 2014 Dionysios published an anthology of Eight Songs, Light, Grave and Sacred by Morelli for bass voice and Baroque guitar with Green Man Press. Music from his anthology will be performed at a concert he is curating on the 15th February 2017. The concert will be recorded as part of the radio documentary Pepys the Musician which is due to be broadcast by ﻿BBC Radio 4 on the 4th April 2017 at 11.30am﻿.
​

‘Grant Impact’, Oxford Musician, Oxford Music Faculty. Article at the Music Faculty’s annual alumni magazine, describing the use of educational funding for the foundation and running of a dramatic society. Issue 6 (2016)