Dionysios began his acting studies as a drama student at the Theatre of Changes drama school in Greece. In 2011 started researching historical and modern acting for opera, which he continued during his MPhil studies at the University of Cambridge, his research fellowship at Harvard University’s Theatre Collection, and is currently further developing as part of his doctoral studies at the University of Oxford. He trained in Baroque gesture with Jed Wentz, Ian Caddy, Andrew Lawrence-King, Steven Player and Victoria Newlyn.

In 2012 Dionysios was offered the directorship of City University’s opera ensemble, where he gave undergraduate music students theoretical and practical training in operatic performance, and directed a successful production that explored Italian opera through the centuries, including scenes from Cavalli’s La Calisto, Handel’s Orlando, Mozart’s Così fan tutte, Rossini’s La Cenerentola and Puccini’s Suor Angelica. In the summers of 2013, 2014 and 2015 he worked as a tutor of Baroque gesture and stage director for the Baroque Opera Studio at the University of Burgos in Spain. He has worked as historical acting coach and stage director for the International Rameau Summer School in London in September 2015, and for Benslow Music in Hitchin in April 2016. In 2014 he founded Theatron Novum, a student theatre and opera production company at University of Oxford whose aim is to train young performers, breathe new life into old masterpieces and engage new audiences.

He has directed Monteverdi’s L’Orfeo (2013), Purcell’s The Indian Queen (2014), Purcell’s Dido and Aeneas (2014) and Cavalli’s Gli amori d’Apollo e di Dafne (2015) at the Teatro Principal de Burgos in Spain. Other directing work includes Tamerlano, Partenope and Rodelinda by Handel, Livetta e Tracollo by Pergolesi for Clare College Music Society in Cambridge, and Molière’s comedy The Doctor in Spite of Himself performed in March 2015 at the Burton Taylor Studio in Oxford. In May 2015 he directed Timothy Kraemer’s children’s opera Ulysses and the Wooden Horse, in June 2015 Coward’s comedy Hay Fever, in October 2015 Purcell’s dramatic opera The Prophetess at the Keble O’Reilly Theatre in Oxford, and in December 2015 David Earl’s new opera Strange Ghost at the Cambridge Festival Theatre. In April 2016 he directed Blow’s Venus and Adonis for Benslow Music, and in May 2016 Purcell’s The Fairy Queen at the Oxford Playhouse, followed by Casanova’s Conquest, a pasticcio devised by Julian Perkins and Stephen Pettit, at Kings Place London.

​Dionysios is a Professor of Historical Stagecraft at the Guildhall School of Music & Drama in London, teaching period acting, rhetorical delivery and gesture at the Vocal Studies and Historical Performance Departments.

“spellbinding, funny and beautiful”
- Review of The Fairy Queen in Oxford Mail

“ambitiously assailed – efficiently executed”
- Review of The Prophetess in Cherwell

“poetry in motion”
- Review of The Prophetess in The Oxford Student

“imaginative staging, and a striking interpretation of old and new”
- Review of The Prophetess in The Oxford Culture Review 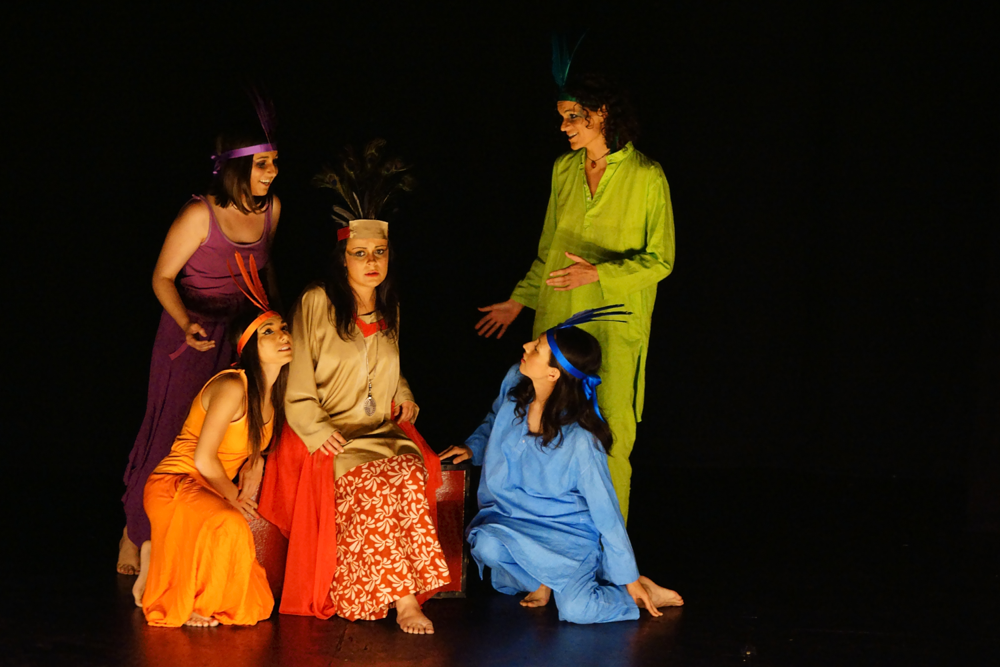